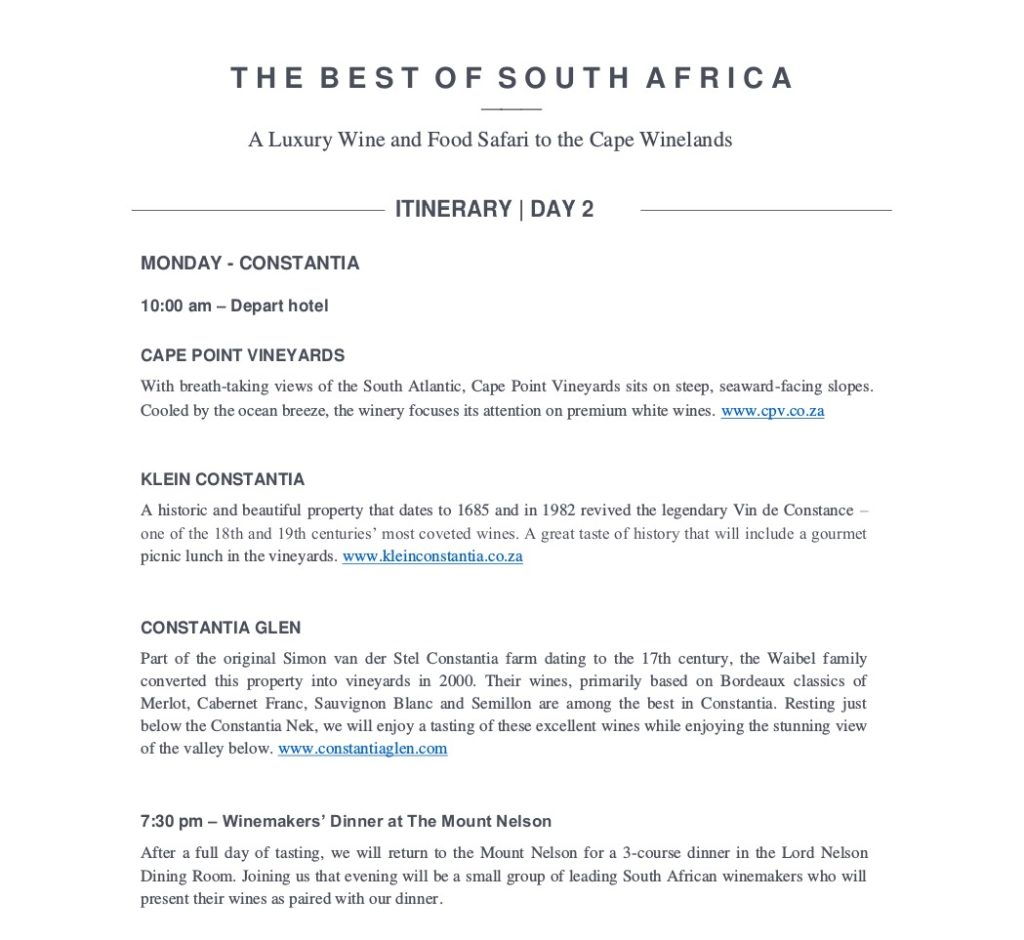 What a day! We tasted a lot of wines! This area is predominant white wines – so it was interesting for Penny and I who are normally red wine drinkers.

Started at Cape Point where we toured the vineyard first. Their vines are low to the ground to protect them from the winds that are all year round. The vineyards higher up the mountain are more like ours. We tasted 6 wines: 3 were Sauvignon Blanc wines made in different styles:

They do natural fermentation on their wines and the wines are aged in oak. 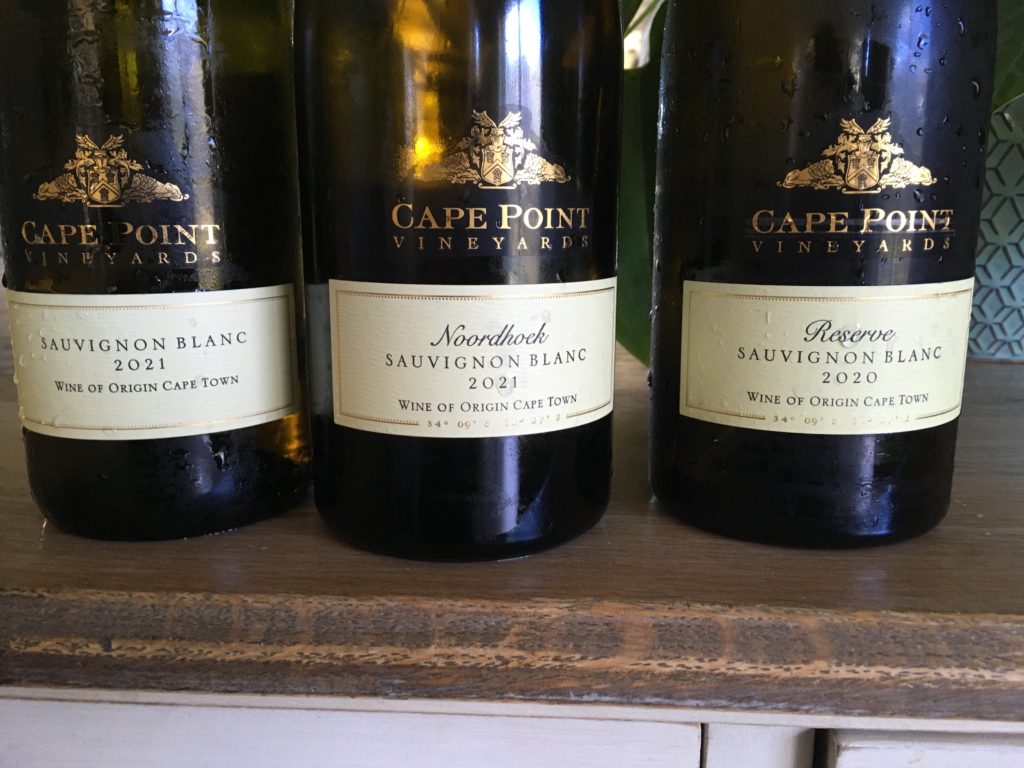 Second winery we went to was Klein Constantia- so far the highlight of the wine tasting.

We started on with a vineyard tout in a safari style vehicle. Penny sat in the front ‘rumble’ seat as we drove around the vineyard and Penny hung on! It was incredible!

Then we stopped on the lawn of their Manor House for lunch.

During lunch we were served:

We then went to their tasting room which overlooks their stainless steel tanks for a tasting of their famous Vin de Constance – This is made from Muscat de Frontignan and is a sweet wine, but not fortified like a port. We tasted the 2016, 2014, and 2012. Great wines – not too sweet – but expensive!

We started this visit with a tour of the Vineyards and the Winery.

The vineyards are typical of the vineyards in the area, with a low fruiting zone because of the wind. A beautiful property!

In the winery they do everything by gravity and have a 3 tier winery – with 2 levels underground. They stack their barrels 5 high! and empty them before moving them, as they don’t have room for a forklift! They use a hydraulic basket press for their reds, as they believe it is a more gentle press!

We, then, made our way to the tasting room for more wine.

(Unfotunately, none of us enjoyed these wines. 🙁 Maybe we were all wined out by this time as we had already tasted 14 wines!)

They focus on the Bordeaux grapes

Our first flight was 3 whites and a Rosè.

We moved onto the red flight – all Bordeaux blends.

Back At The Ranch (Mount Nelson )

That night we had a Wine Makers Dinner at the Mount Nelson. We were treated to wines made by some excellent up and coming winemakers.

They all work at other wineries, and the owners of these wineries encourage them to pursue their own wine making dreams and allow them to use the equipment of the winery. What a great concept!

She poured a Chardonnay/Pinot Blanc Pét–nat (an abbreviation for “pétillant naturel”—a French term that roughly translates to “naturally sparkling.’ – the wine gets bottled part way through fermentation and continues to ferment in the bottle. This is slightly different to Methode Champenois.

She also poured a Chardonnay and a Syrah

She, too, poured a Pét–nat made from Pinotage (South Africa’s signature grape.)

Followed by a Colombar and a Syrah.

He poured a Chardonnay, a Pinot Noir and a Reserve Pinot Noir.

All these wines were spectacular – and of course, so was the food but I forgot to take notes on the food! I was too involved in the wines. 🙂